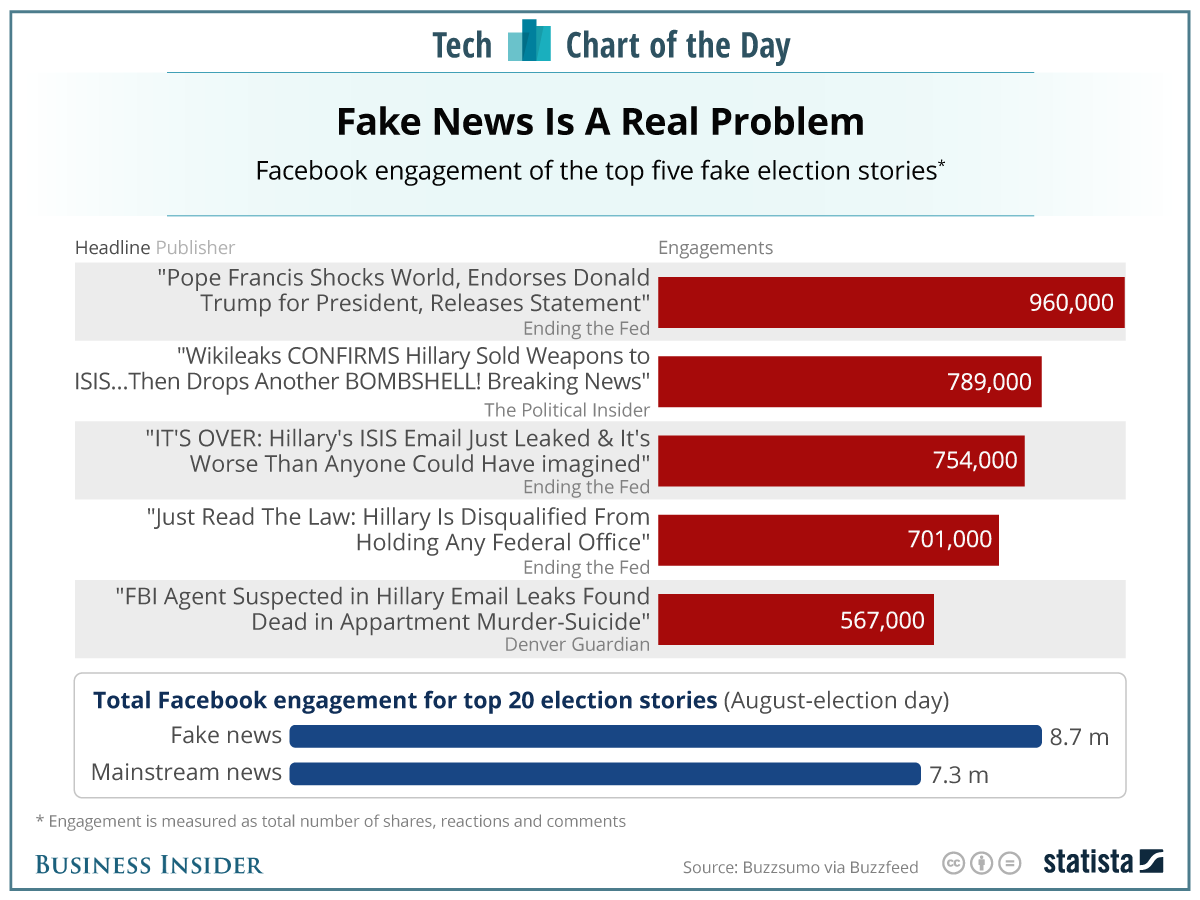 One of the things the Presidential Election Campaign of 2016 may be remembered for is the proliferation of fake news stories. Viral news hoaxes have been around for many years but 2016 seems to be the year they exploded into the consciousness of the American public.Evaluating information has never been more important.

The weekend after the Presidential Election, Melissa Zimdars, a professor at Merrimack College, learned that the top result returned by a Google search about the election's popular vote was to an article claiming that Trump carried the popular vote. Not true. Hillary Clinton had over one million more votes than Trump.  This article was on an untrustworthy news site and caused Professor Zimdars to compile suggestions on how to spot a fake news site.

It’s always best to read multiple sources of information to get a variety of viewpoints and media frames. Some sources not yet included in this list (although their practices at times may qualify them for addition), such as The Daily Kos, The Huffington Post, and Fox News, vacillate between providing important, legitimate, problematic, and/or hyperbolic news coverage, requiring readers and viewers to verify and contextualize information with other sources. 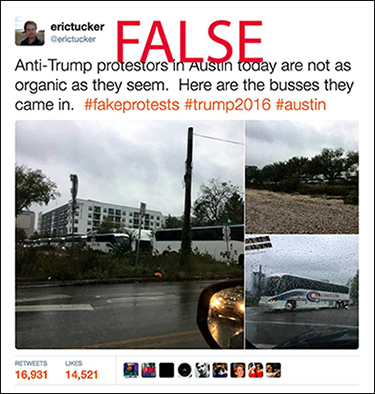 This case study was published in The New York Times on November 11, 2016. Also, read "Why Fake News Stories Thrive online"

Nearly all of us have been taken in by a video that was later found to have been doctored or faked. It is fairly easy to edit a video so that it looks like you made the basket or the hawk picked up the snake. Here are some of the most famous faked videos that fooled millions:

Some tips to help you tell if a video is fake:

The OED defines satire as works of art which use "humour, irony, exaggeration, or ridicule to expose and criticize prevailing immorality or foolishness." Satire is often as a form of social or political commentary.

These sources are great for entertainment but are not sources of news. The following is a list of popular satirical news sites: