Welcome to the Research Guide for SSC260: Topics in SocSci: Political War.  Please use this guide to find resources for your coursework.  Please contact myself or any BCC Librarian if you have any questions. 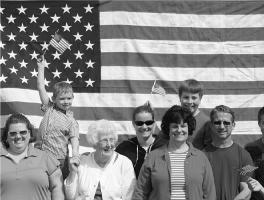 The term politics is derived from the classical Greek term polis, which means city-state, and is closely associated with the classical Greek words for citizen and citizenship. The term demonstrates the connection between power and the populace that was established in ancient Greece.

In the modern context, the term refers to the means by which power is distributed and exercised. Looked at this way, one may refer to the pace or tone of politics. One may also refer to the level of politics (e.g., local, state, national, or international politics) or refer to politics in geospacial terms (e.g., American, European, or southern politics). The concept is also useful when considering specific issue areas, such as environmental politics, racial politics, or welfare politics. What the concept has in common when discussed in this way is that it refers to the exercise of power (i.e., the process by which decisions are made). The political process includes any activities related to elections, legislation, or policy formation.

The term has also taken on a negative connotation, referring to the making of decisions on the basis of narrow interests rather than on the broader merits of an issue. The term is invoked when policy is scuttled or pushed through the political process due to the influence of special interests, which can mean anything from political parties, interest groups, factions, lobbyists, campaign donors, or moneyed interests. Fiscal decisions are frequently charged with politics. For example, to fund a project in Rhode Island might have more merit (by whatever standard) than to fund a competing project in Arizona, but since Arizona has more members in the House of Representatives than does Rhode Island, and more of them are members of the majority party, the Arizona project might be funded due to politics.

from Encyclopedia of American Political Parties and Elections