The following content was created specifically for HST113, US History to 1877, with Professor Worthington. Utilize the content herein to complete your research assignment on the Underground Railroad. 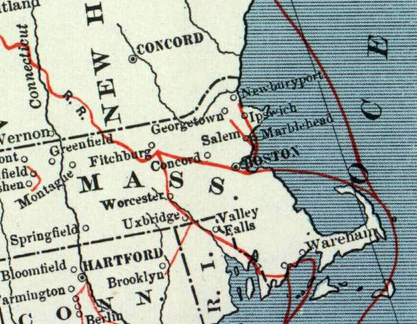 "A freedman and pamphleteer from Wilmington, North Carolina, David Walker promoted the creation of the Underground Railroad in Massachusetts. After establishing a clothing resale shop catering to black sailors passing through Boston harbor, he began writing militant essays for a New York periodical, Freedom’s Journal, and issued a radical tract, Appeal to the Coloured Citizens of the World (1829). His belligerent call for a black revolt alarmed two leaders of the secret network, William Lloyd Garrison and Benjamin Lundy. Walker’s death on his doorstep on June 28, 1830, under suspicious circumstances suggested poisoning in retaliation by pro-slavery forces."

From The Underground Railroad: An Encyclopedia of People, Places, and Operations.