This guide provides starting points for research in Graphic Design.

Welcome to the Graphic Design Research Guide.  This guide will help you to identify resources (books, databases, websites, and more) that will help you research topics in this subject. 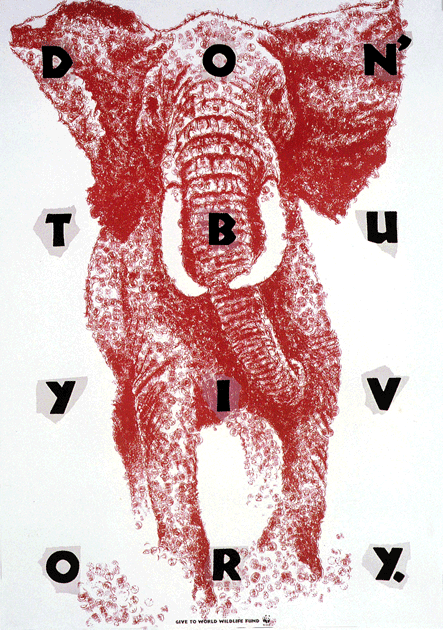 What is Graphic Design?

Graphic design communicates ideas and information visually. Guidelines for graphic design were originally based on older printing press requirements. In the 20th century, offset lithography greatly improved the ease of including images with text, and the developments of film, television, electronic processing, and computers further expanded the tools of the graphic designer. The principles of visual communication, however, remain constant since they are based on human perception and behavior.

Successful visual communication is the goal of the graphic designer. Exploring the meaning and information in all visual elements is the designer's specialty.

The graphic design to the left is entitled  International Graphic Design, by Kiyoshi Kanai. The designer created the elephant image with impressions of signature seals made of ivory to stress one of its uses in the orient.