Welcome to the Research Guide for ENG101, College Writing.  Please use this guide to find resources for your research paper on Dr. Martin Luther King.  Please contact myself or any BCC Librarian if you have any questions. 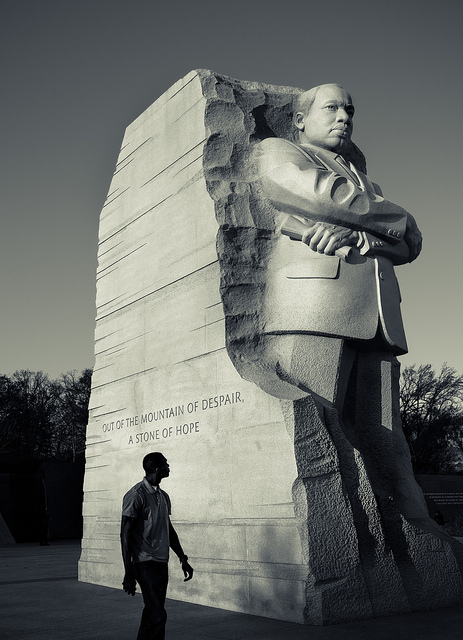 According to the International Encyclopedia of the Social Sciences, Rhetoric is employed in both act and perception, in private thought and public communication. It is a means of communication as well as a theory for understanding and criticizing itself and the alternative means of communication. Wedded by the motives of both author and audience, the rhetoric of the social sciences is, like other rhetorics, simultaneously a guide for persuasive writing and a framework for intelligent reading.

Centrally speaking, the rhetoric of the social sciences is the study and practice of argumentation and proof making, constrained only by the available means of persuasion. As such, rhetoric judges and is judged, it moves and is moved. Rhetoric is our ways and means of scientific deliberation. Following the models of Aristotle (c. 384–322 BCE) and of Cicero (106–43 BCE), the Roman statesman and philosopher, rhetoric is also importantly about the ethos or character of the author; to some theorists, such as Quintilian (35–96 CE), it is nothing less than “the good person speaking well.”

Rhetoric is among the oldest of subjects and also the most fluid. The fluidity of rhetoric—its ability to adapt to radically changing social, economic, and political conditions—is essential to and descriptive of its fitness.