Welcome to the Research Guide for Topics in Social Science: The Presidential Campaign.  Please use this guide to find resources for your coursework.  Please contact myself or any BCC Librarian if you have any questions. 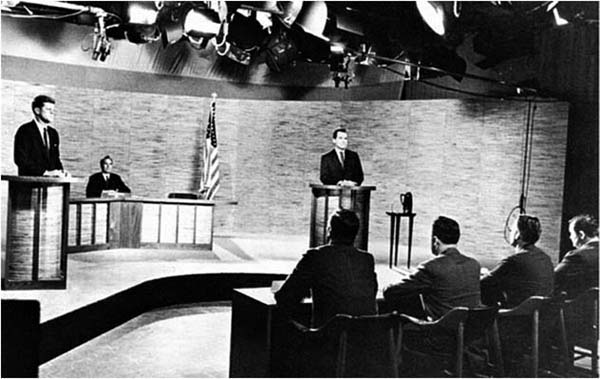 also effective campaign strategies that showcase the communication abilities of the presidential candidates, essential for the modern president.

The first televised presidential debates, between Vice President Richard Nixon and Massachusetts Senator John F. Kennedy, had an audience of over 60 million television viewers in the fall of 1960.

Debates allow for voters who watch to be informed about the candidates’ stances on issues that are affecting the nation. The debates also allow voters to become better informed about lesser-known candidates, as this forum provides an opportunity for viewers to understand the distinctions between the candidates and compare the candidates communication skills. Voters can become more confident of their vote choice by viewing the debates.

The most famous presidential debate occurred on September 26, 1960, in Chicago, Illinois, between Vice President Richard Nixon and Massachusetts Senator John F. Kennedy. This was the first national television viewers. The moderator for this debate was Howard K. Smith from CBS News.

The debate included questions on presidential leadership, farm surpluses, the federal debt, teachers’ salaries, divided government, and Communism in the United States. It was also the first of the Great Debates between Nixon and Kennedy.  From from Encyclopedia of U.S. Campaigns, Elections, and Electoral Behavior