Welcome to the HST 259 History of North American People libguide!  This guide will help you to identify resources that will help you with your annotated bibliography.

What is the reservation system? 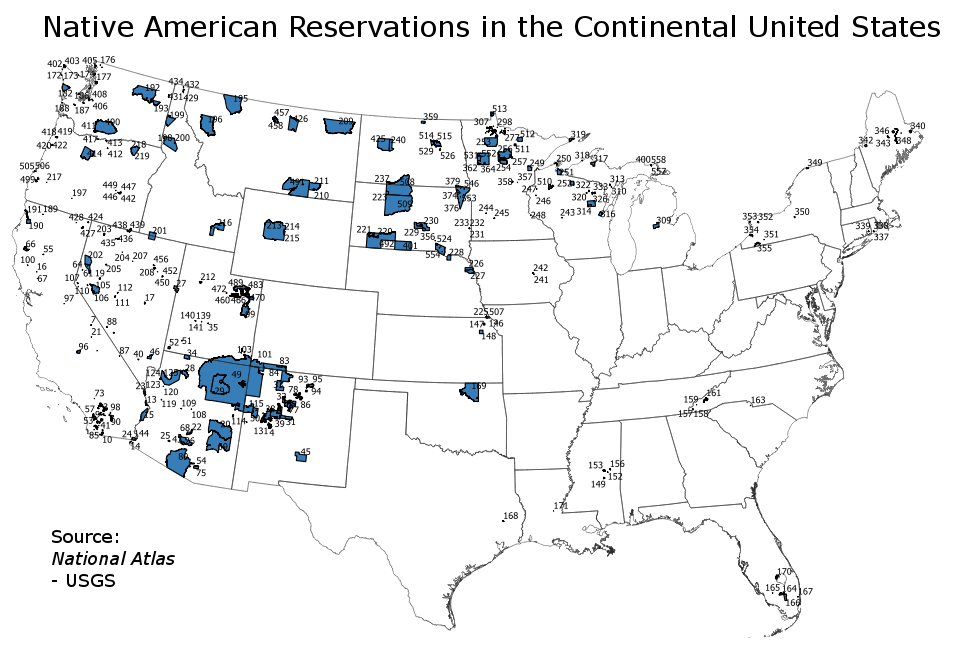 According to the Encyclopedia of Race and Racism,  " “civilizations” have implemented mechanisms to control peoples considered threatening, inferior, or markedly different. While the various New World European colonial powers selectively recognized Native property rights, the doctrine of discovery claimed absolute sovereignty over Native American lands, resources, and lives. Various decrees, such as the English charters, used doctrine-of-discovery language to declare that the colonial powers had God's blessing to claim all discovered lands, including the conquest or conversion of all non-Christian peoples.

The United States drew from its colonial heritage and developed evolving policies of incorporation and dispossession. An established tenet of English interaction with various indigenous societies was treaty making. In theory and in practice, entering into treaties indicated that indigenous societies had a right to retain possession of or be compensated for the loss of their aboriginal lands. The extinguishing of aboriginal land rights through land cessions evolved from the legal recognition of indigenous rights by a prerevolutionary British colonial policy, confirmed by the Royal Proclamation of 1763, which established a boundary line between the colonies and Indian country held exclusively by Native societies."