ASL Films is an independent, deaf owned and operated production company for all feature film media. Founded in 2005 by partners Mark Wood and Mindy Moore, ASL Films is committed to creating sophisticated entertainment with an appeal that both inspires and rewards sponsors and audiences alike. 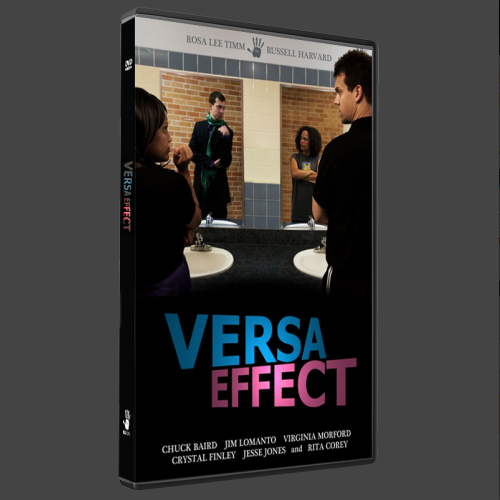 Jackie and Seth have despised each other since they were kids. Now, as colleagues at a school for the deaf in Texas, things haven't changed a bit. One day, they wake up only to find that they've switched bodies, much to their horror. A series of hilarious hijinks ensues as Jackie and Seth struggle to get their own bodies back. They are forced to work together in order to save themselves, but time is running out --fast. They must find a way to switch places again before being stuck---forever. 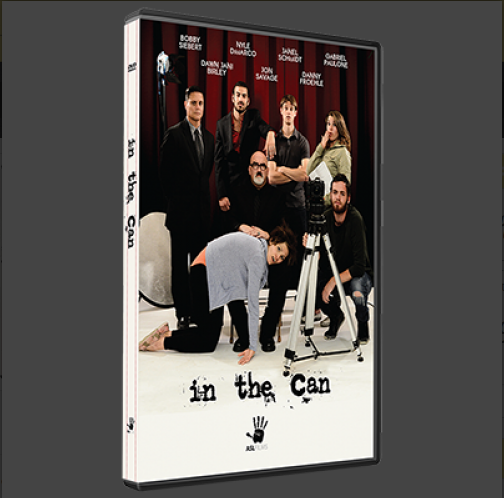 Nicky, an aspiring young director, has a dream of making it big in Hollywood. This dream suddenly comes true in the form of a mysterious stranger, Lou Lumire. A self-proclaimed Hollywood producer, Lumire has an once-in-a-lifetime offer for Nicky to direct his very first feature flm production. After the ink dries on the contracts, Nicky realizes there's one catch: he has to arrange everything by himself within a matter of several days. Running against time to pull off this daunting feat, Nicky's sanity teeters on the edge until he finds out a surprising revelation about Lumire. Also, a tragic situation with one of the actors ultimately blows up in Nicky's face. Trapped by his bad luck and ill-faced decisions, Nicky struggles to find a way out of the chaos. 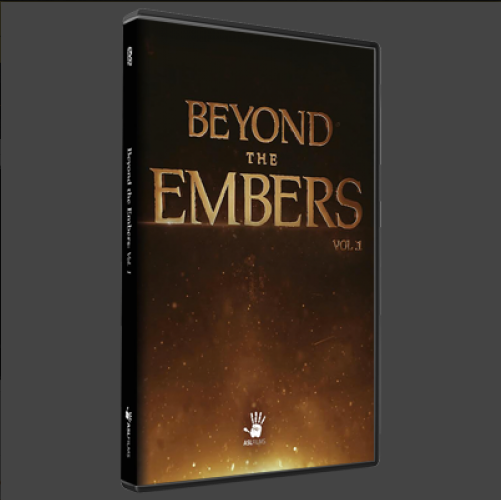 An anthology of four short but bizarre tales loosely tied within an equally hair-raising central story. Follow easy-going, but reserved, Frank and Doomsday prepper Bill, who are best buddies, and their girlfriends, impish Amy and paranoid new girl Samantha as they go on an overnight hiking trip that is out of this world. The four curious stories told among the group include greedy debtors who owe a fiendish stranger a hefty due, a young woman who witnesses a murder during a dreamy premonition, a family with dark secrets and a disastrous plan, and the revelation of the mysterious disappearance of Frank's sister. The fine line between truth and tale dissolves as they uncover an ultimate discovery that is just as unsettling as the tales they tell. 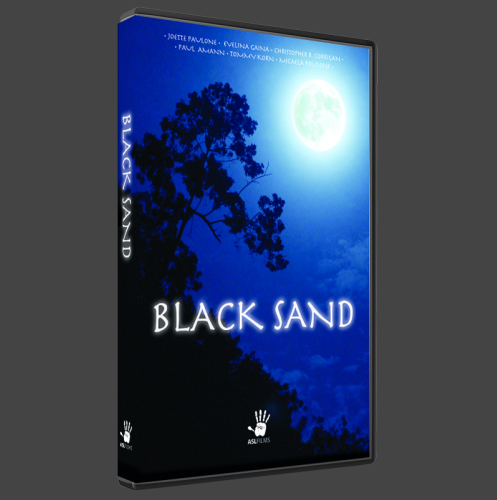 Four students descend upon a tropical rain forest resort in Costa Rica in search of an adventure during their vacation. Staying at a relative's beachfront property, beautiful waterfalls and lush green jungles are the first signs of paradise. The students soon discover that there's also a darker side to such beauty. What is the secret being protected? 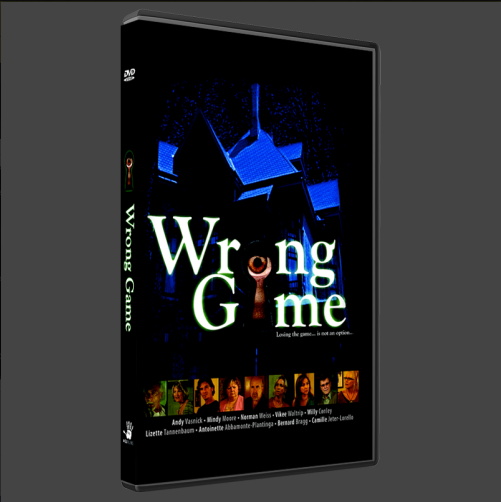 Wrong Game is a two-hour feature-length mystery/chiller film featuring deaf actors and actresses performing using only American Sign Language. Wrong Game takes place in a mansion filled with mysterious history. A group of people is called to the mansion to participate in a game where the winner receives $1 million. When the participants gather at the mansion, they learn the hard truth that the game is a life-or-death matter, and losing the game is not an option. To add further drama, each participant holds highly specialized skills and collectively, they must determine whose skills or expertise is most beneficial to the game. What the participants do not know is that the mastermind of this game is among them as a participant, judging each of them silently and strategically. With more unexpected twists and turns than any other movie, this film will keep participants guessing until the very end. 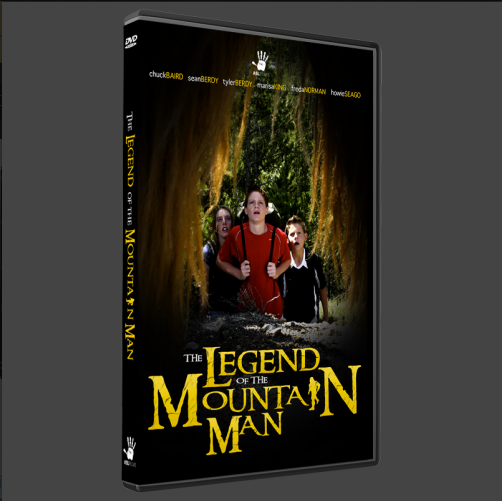 The Legend of the Mountain Man

Legend of the Mountain Man, set in picturesque Montana, features a typical, dysfunctional family of five. The father, who has been at odds with his parents for many years, decides to send his three children to his parents' ranch for the summer. The children unexpectedly encounter a creature, one that has never been seen nor recorded in history books. Viewers accompany the children on a heartwarming journey as they navigate the family's past and try to reconcile some of the estranged family members. 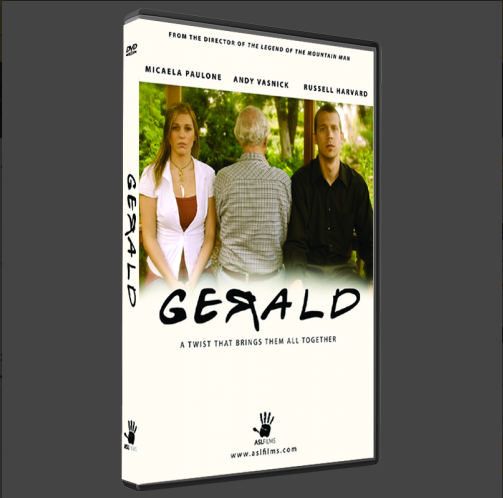 This film traces the journey of a young man, Corey, who yearns for kinship. He discovers he has a deaf, autistic grandfather he has never met. Determined to make a connection with his grandfather, Corey uncovers family ties and secrets in a dramatic chain of events. These events entwine Corey with the unknown. Gerald offers a powerful, emotional and continuous twist of events, leading to the shocking truth. 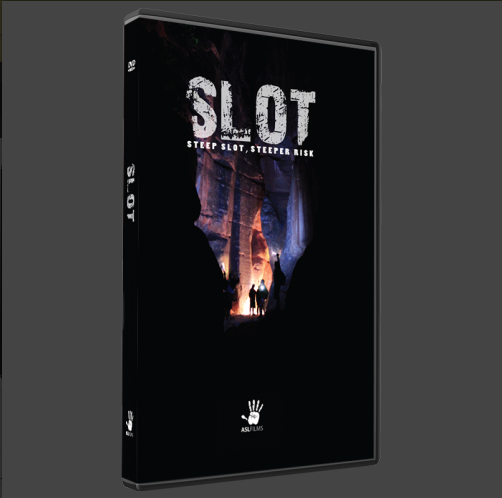 A documentary crew gets together for a research project that will take them on a harrowing expedition through a remote desert full of narrow and treacherous slot canyons. Though the crew has been assembled, the purpose behind the project remains unknown to them except for two: the project leader and a documentary producer. Once they get into the heart of slot canyons, an unforeseen life-threatening situation occurrs that will test the depth of every person's primal nature: an instinct to survive in a very unforgiving territory that is not only uncharted, but also may be supernatural.