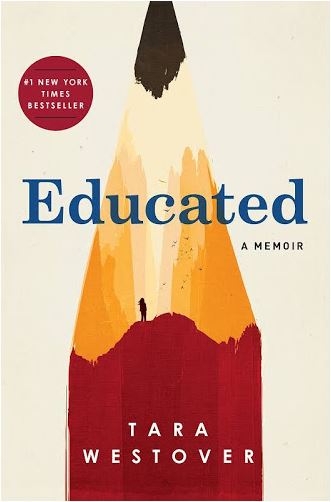 View of Idaho hills where Tara Westover was raised

"My older brother bought textbooks and was able to teach himself enough to go to college. When I was 16, he returned and told me to do the same thing." - Tara Westover


Tara Westover was seventeen the first time she set foot in a classroom. Born to survivalists in the mountains of Idaho, she prepared for the end of the world by stockpiling home-canned peaches and sleeping with her "head-for-the-hills bag." Her father distrusted the medical establishment, so Tara never saw a doctor or nurse. The family was so isolated from mainstream society that there was no one to ensure the children received an education, and no one to intervene when an older brother became violent. When another brother got himself into college and came back with news of the world beyond the mountain, Tara decided to try a new kind of life. She taught herself enough mathematics, grammar, and science to take the ACT and was admitted to Brigham Young University. There, she studied psychology, politics, philosophy, and history, learning for the first time about pivotal world events like the Holocaust and the Civil Rights Movement. Her quest for knowledge transformed her, taking her over oceans and across continents, to Harvard and to Cambridge University. Only then would she wonder if she'd traveled too far, if there was still a way home.