This guide provides starting points for research in Spanish.

Welcome to the Spanish Language, Literature, & Art Research Guide.  This guide will help you to identify resources (books, databases, websites, and more) that will help you research topics in this subject. 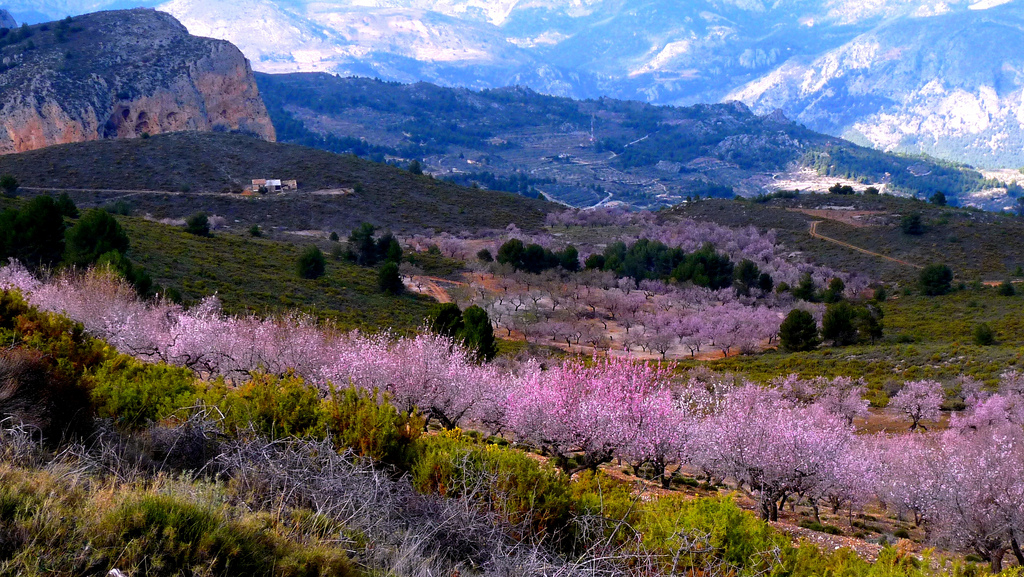 A little about Spain and the Spanish People:

Spain, situated on the westernmost peninsula of Europe and opening to the Atlantic Ocean on the northwest, historically has been oriented toward the Mediterranean both in its climate and in the temperament of its people. First settled by Celts, then invaded by Phoenicians, Greeks, and finally the Romans, who consolidated the peninsula into one province, ancient Spain became one of the most important agricultural regions of the Roman Empire. Following the Romans came the Goths, then Nordic invaders, and finally the Arabs, so that during the Middle Ages the country fragmented into many small kingdoms. Those former kingdoms roughly correspond to the provinces and regional cultures comprising modern Spain.

The photograph above is entitled Sierra Aitana Cherry Blossom, by Les Halnes.