This guide provides starting points for research in Portuguese language, literature, and art..

Welcome to the Portuguese Community Interpreting Certificate Guide.  This guide will help you to identify resources (books, databases, websites, and more) that will help you research topics in this subject. 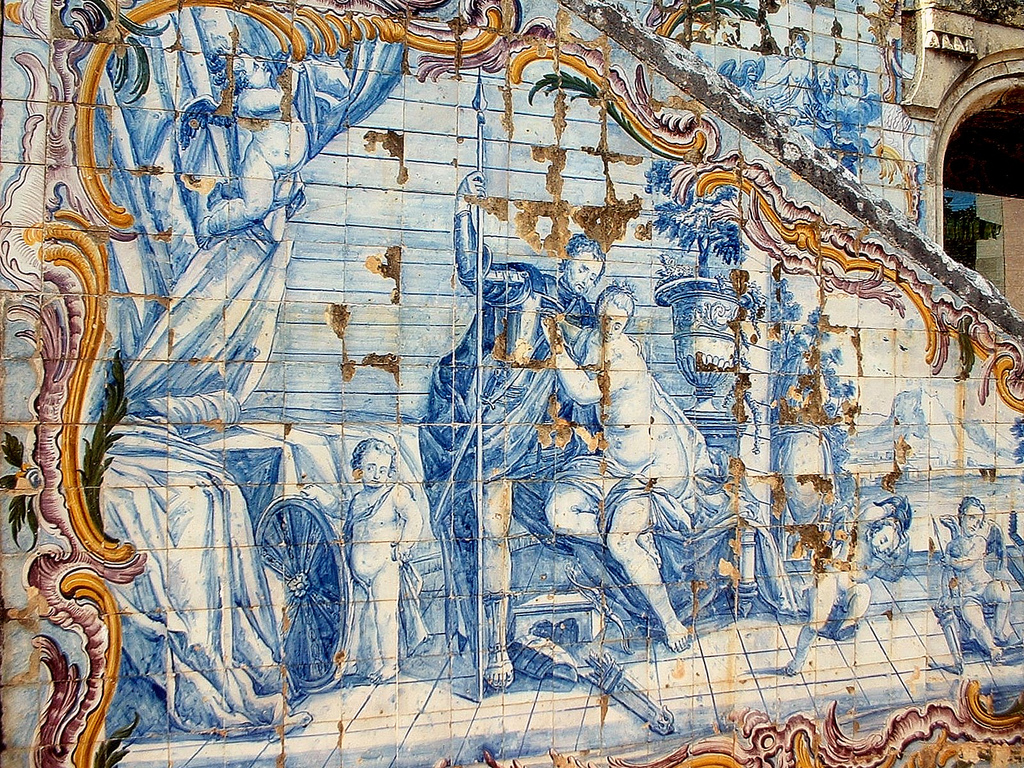 A little about Portugal and the Portuguese People:

The name "Portugal" derives from a Roman or pre-Roman settlement called Portus Cale (the modern city of Porto) near the mouth of the Douro River. The Romans referred to this region as the province of Lusitania, and the prefix Luso (meaning "Portuguese") is still used in some contexts. In the ninth century, during the reconquest (714–1140 C.E.), Christian forces dominated the area between the Minho River, which forms the border of modern Portugal in the north, and the Douro River, and the region became known as Territorium Portucalense. In 1095, the king of Castile and Leon granted Portucale (northern Portugal) to a Burgundian count. Despite the diversity of invading populations and distinct regional economies and ways of living, Portugal is a homogeneous nation with a single national cultural identity and no ethnolinguistic groups.

The photograph above is entitled Portuguese Tiles- Azulejos Portugueses, by Flikr user StarryNight.