An introduction to the services and resources for Massage Therapy students at Bristol Community College.

You can also use our off-line form, and a librarian will e-mail you back with answers and suggestions. You will receive a reply within 2 business days.

This guide provides an introduction to the resources available in the BCC Libraries. For additional information or to schedule an individual research consultation, use our Book-A-Librarian form.

What is Massage Therapy? 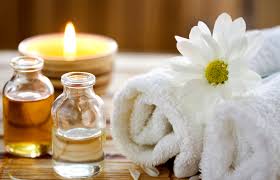 Massage became widely used in Europe during the Renaissance. In the 1850s, two American physicians who had studied in Sweden introduced massage therapy in the United States, where it became popular and was promoted for a variety of health purposes. With scientific and technological advances in medical treatment during the 1930s and 1940s, massage fell out of favor in the United States. Interest in massage revived in the 1970s, especially among athletes.

Use of Massage Therapy in the United States

According to the 2007 National Health Interview Survey, which included a comprehensive survey of CAM use by Americans, an estimated 18 million U.S. adults and 700,000 children had received massage therapy in the previous year.

The term “massage therapy” encompasses many different techniques (see below for examples). In general, therapists press, rub, and otherwise manipulate the muscles and other soft tissues of the body. They most often use their hands and fingers, but may use their forearms, elbows, or feet.

In Swedish massage, the therapist uses long strokes, kneading, deep circular movements, vibration, and tapping. Sports massage is similar to Swedish massage, adapted specifically to the needs of athletes. Among the many other examples are deep tissue massage and trigger point massage, which focuses on myofascial trigger points—muscle “knots” that are painful when pressed and can cause symptoms elsewhere in the body."