Some Types of Domestic Terrorism

What is domestic terrorism?

With their permission this guide has been adapted  and modfied from

The University of Maine.

The Federal Bureau of Investigation (FBI) defines domestic terrorism as violent, criminal acts which are committed by individuals and/or groups in order to further ideological goals stemming from domestic influences, such as those of a political, religious, social, racial, or environmental nature.[2]

The Rise of Domestic Extremism in America - The Washington Post

Strategic Intelligence Assessment and Data on Domestic Terrorism - The FBI

The War Comes Home: The Evolution of Domestic Terrorism in the United States - Center for Strategic & International Studies

A comparison of political violence by left-wing, right-wing, and Islamist extremists in the United States and the world - by Katarzyna Jasko, Gary LaFree, James Piazza, and Michael H. Becker, from The Proceedings of the National Academy of Sciences 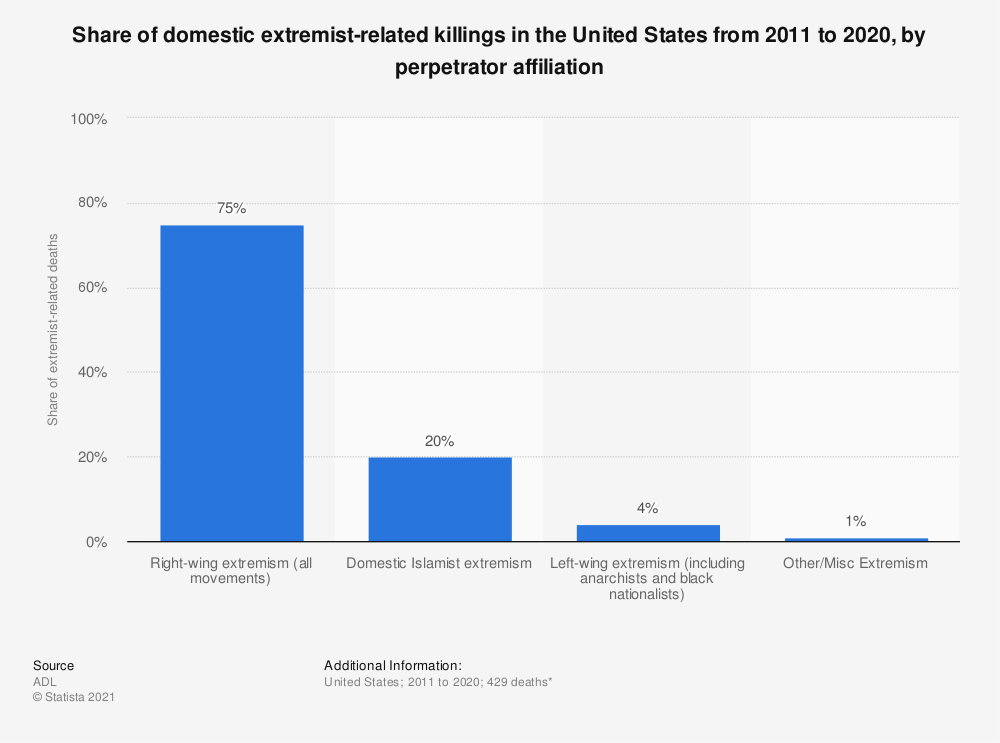