Welcome to the Deaf Studies Research Guide.  This guide will help you to identify resources (books, databases, websites, and more) that will help you research topics in this subject. 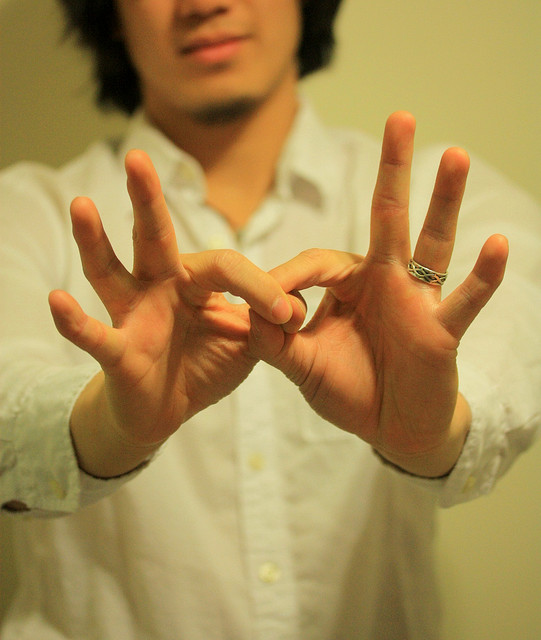 The term audism was coined in 1975 in an unpublished article written by American communication and language researcher Tom L. Humphries as a way to describe discrimination against persons who are deaf.

According to Humphries, audism manifests “in the form of people who continually judge deaf people’s intelligence and success on the basis of their ability in the language of the hearing culture.” It also appears when deaf people themselves “actively participate in the oppression of other deaf people by demanding of them the same set of standards, behavior, and values that they demand of hearing people.”

The photo at left is entitled Boundries, by Nelson Stauffer.